There’s a Commercial Appeal opinion piece that is a must-read. My friend Deni Reilly, co-owner of the Majestic Grille with her husband Patrick, is a firm believer in the Downtown revival and she spells out the reasons why. I couldn’t agree more! Thursday of next week will be my 17th anniversary as a Downtown Memphian. Even if I won the lottery, I wouldn’t live anywhere else.

The Downtown core neighborhood doesn’t have many fast food restaurants, but among the ones it does have are two Lenny’s, one at Front and Court (Falls Building) and the other at Main and Peabody Place. Next week is Guest Appreciation Week, and from February 4-9 all 7 1/2 inch subs will be $4.99. I will definitely be making a stop or two in the Falls Building next week.

The Daily Memphian’s Daily Briefs from yesterday has a piece about Lab Creative LLC, the new web design and digital marketing firm at 119 S. Main. As I wrote yesterday, they are having a launch party at Pontotoc Lounge Wednesday at 6. I should probably go up there and network with those folks since my skill set and theirs overlap.

Memphis in May tweeted a photo of its 2019 Great American River Run medallions:

The @GARiverRun medals have been unveiled and both feature a spectacular engraving on the back to commemorate the city’s bicentennial. Start your Memorial Day weekend with us by signing up for #MIMGARR at the lowest price!

Interesting article: Are restaurants getting too loud?

Drink-N-Draw is back at the Ghost River taproom this evening.

I was at Silly Goose happy hour last night when the bar’s phone rang. Jessica answered it. “Paul Ryburn? Yes, he’s here.” It reminded me of a few years ago, when a woman would call B-RAD’s bar at the Bear (she was a vegetarian, I recall?) and ask if I was there, and upon hearing that I was, she’d come up there. After Jessica hung up, she told me yesterday’s caller was none other than B-RAD himself, and he was on his way up to the Goose. The good news is, he brought his friend Mary Ann. The bad news is, he also brought Rahul and Tony. I told Rahul and Tony about Saturday’s crawfish boil at Max’s Sports Bar, featuring taters, corn and sausage in the boil. 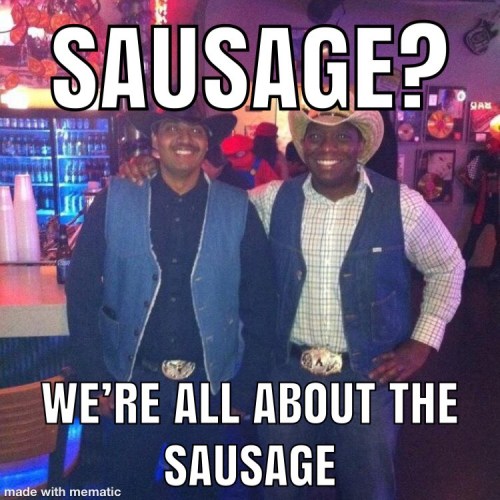 I guess the construction worker, the cop, the G.I., and the motorcycle/leather guy were not available for this picture. A friend of ours had posted to Facebook that Chipotle’s hot sauce had been rough on his butthole and Rahul “Liked” the post. Tony asked if anyone wanted to see a “dicture.” They both spent substantial time telling everyone how they are straight and like women a lot, because, you know, that’s what straight guys talk about all the time.

Been a productive morning… I’ve paid the rent and got shopping at Walgreens done. Think I’ll go see what the lunch specials at Bardog are. They always put that info on Twitter so I could just go look there, but walking over sounds like so much more fun. Back tomorrow with more news.