This is Magan Hall.

Magan has been diagnosed with metastatic melanoma and she needs our help.

Please share and donate to help Magan get the treatment she needs 👉 https://t.co/QoXBDI9Gmf#FightClub | #DefendMemphis pic.twitter.com/1oBJ63X8t1

Magan is the mother of a 10-year-old boy named Loxley. If you have it to spare, please donate and help ensure that Loxley will have his mom with him for many, many more years.

One of my friends went to see Hamilton at the Orpheum Wednesday night and described it as “amazing,” worth the price of the ticket and one of the best shows he’s ever seen there. He even said he’s going to try to find a way to see it again before the Memphis run concludes on July 28. Tickets are listed at $149-349 on the Orpheum website.

A couple of Downtown restaurants are having Hamilton pre-show menus. 117 Prime has a special menu with your choice of a Caesar salad or wedge salad to start, a 5 oz. filet or a 6 oz. snapper, and triple chocolate mousse cake.

Local Downtown is also doing a pre-theater menu. There you get shrimp bisque or mixed greens to start, smoked pork loin or blackened salmon as your entree, and warm pecan pie for dessert.

The Daily Memphian has an article about the giant Monkey Shoulder cocktail mixer truck that rolled up to the Silly Goose last night. The truck actually dispenses cocktails, although it won’t here in Memphis due to state law – your bartender has to pour them. If you missed the truck at the Goose last night, it will be at three Downtown locations this Saturday:

Bar Ware, the new bar at 276 S. Front, had a preview night last night for its neighbors. My friend Brian lives in the building and I asked if he could snap a few photos (click to view in a larger size): 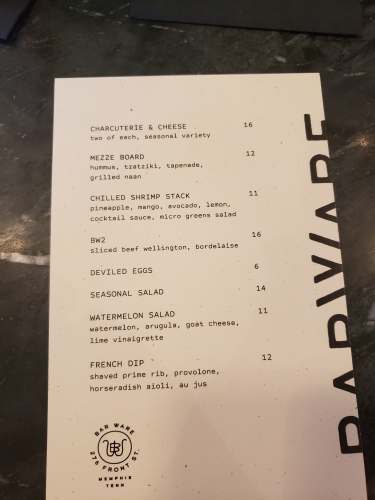 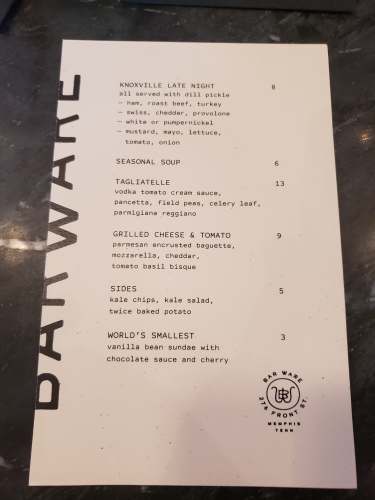 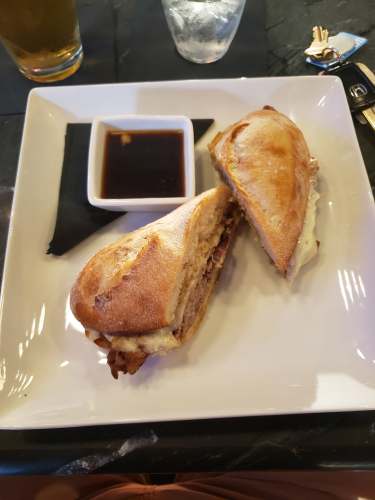 Of course, Brian knew the important question I would ask: Do they have PBR, and what does it cost? 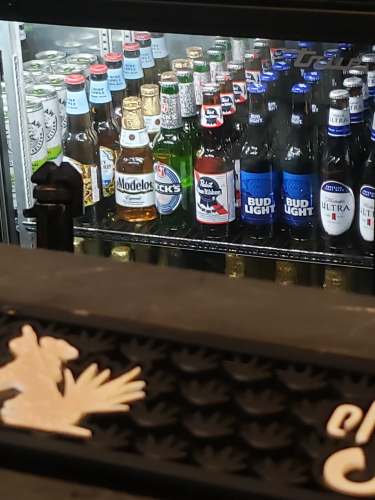 Yes they have it, in 12 ounce bottles at a very reasonable $3. I look forward to trying Bar Ware sometime soon.

A literature-themed restaurant and supper club named Cafe Lit is planned for the first floor of the building at 111 Madison.

There will be full moon kayaking in the Wolf River Harbor next Tuesday from 7 to 9. Come to River Garden, 51 N. Riverside, for your free kayak rental or bring your own kayak. Kayak rentals include a life vest, paddle, and lighting. There will be music by DJ Spinni Hendrix.

Bluff City Weekend has a list of dog-friendly restaurant and bar patios. Two patios I know are dog friendly are Aldo’s and the Blind Bear. I know this because a few years ago, I was walking to the Blind Bear when I saw a woman with a chihuahua sitting on Aldo’s patio. About 30 minutes later the Blind Bear server informed me that the woman had followed me to the Blind Bear and was sitting on the patio outside.

Holly from the I Love Memphis Blog recently posted a good piece on things to do in The Pinch. I didn’t know Ferraro’s Pizza had a lunch pizza and pasta buffet on Tuesdays! I will have to check that out.

Lots going on at the Redbirds tonight. The first 1500 fans in the gate (gates at 6:00, first pitch 7:05) get a free Redbirds trucker hat. $2 beers at the left field bar prior to the first pitch. The Major League Baseball Alumni Association will be at the game selling memorabilia. There will also be three specialty tickets:

I learned something really interesting yesterday: You don’t have to be wealthy to invest in real estate. A site called Fundrise makes it possible to start investing in real estate portfolios for as little as $500. The fund owns properties around the U.S. and you get tools to view your properties and how they are doing. This might be a good way to diversify and not have all your money in the stock market should it take a turn for the worse.

Yesterday I was watching ESPN, where the commentators would speculate if the U.S. Women’s National Team, recent winners of the World Cup, would get endorsement deals. Seems like the time to sign those is now, since the women will be on the world stage again next year at the 2020 Summer Olympics™. Julie Ertz and Almonds are already kicking ass in the toy aisle of big-box stores; it’d be nice to see some of the others get paid for their endorsements.

Earnestine & Hazel’s is temporarily closed for repairs. They hate it that they have to shut down to do this, but it’s necessary to preserve the 100-year-old building. They are committed to the ideal that nothing about E&H will change. While they are closed, they invite you to come visit all your favorite E&H staff, including Nate, around the corner at 5 Spot.

Very cool article: America got its first black radio station in 1948 and it was right here in Memphis. Facing bankruptcy, the owners of WDIA decided to take a risk and play a half-hour of music by African-American artists. WDIA quickly rose from the bottom of the ratings to number two in the market. By 1949 WDIA had converted to all-black programming and became the number-one station in the market.

We Offer the Berry Best is the theme at the Memphis Farmers Market this Saturday. They’ve got blueberries, blackberries, raspberries, and although it is late in the season, you may still be able to find a few strawberries. Berries are superfoods, rich in antioxidants, fiber, and vitamin C, and are also a low-calorie treat. The Dixon invites kids to get “berry creative” at the Craft Corral from 9 to noon. Kids will be given “magic sticks” that will allow them to make an invisible drawing. Then the drawing will be washed over with berry tea, revealing what was drawn. Bring your vegetable scraps and lawn trimmings to the Compost Fairy tomorrow (look for the green flag). Live music all day long. The Market runs from 8 AM to 1 PM every Saturday under the pavilion at Front and G.E. Patterson, behind Malco Powerhouse.

A week from tomorrow, Saturday, July 20, is the 50th anniversary of the first humans to walk on the moon. Anyone doing any moon landing parties?

A couple of weeks ago, I posted that you can now purchase a leash for yout chicken and go on a chicken walk. Of course, you want your chicken to walk in style. The hot fashion trend of the summer is chickens in tutus. 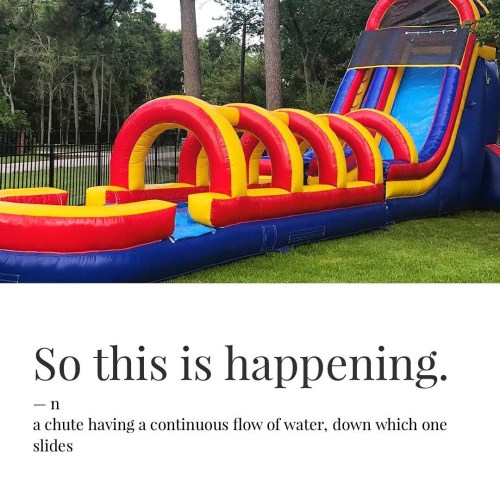 Popular Midtown restaurant The Cupboard is adding an Express Grab & Go to their shipping, receiving and catering office Downtown at 169 Carolina Avenue.

IHOP will have 58 cent short stacks Tuesday, July 16 from 7 AM to 7 PM. Almost-free food? Wonder if the Nuh-Uh Girl will show up.

The Arkansas end of Big River Crossing has reopened, although the trail connecting it to West Memphis will still be closed for about another week as they wait for the water to recede. Walk with caution on the Arkansas side, which is still very muddy.

Erica Bodine Pottery is offering Christmas in July classes at Memphis Made Brewing Co. This will be a 3-class series in which you’ll have the opportunity to make about 10 Christmas ornaments, with access to lots of different cookie cutters and different textures for pressing into the clay. The classes will be as follows:

Here’s an image of that T-shirt Memphis 901 FC is giving to the first 1000 fans next Wednesday:

I’d like to wrap up this extremely long post with a poem I wrote about my troll: 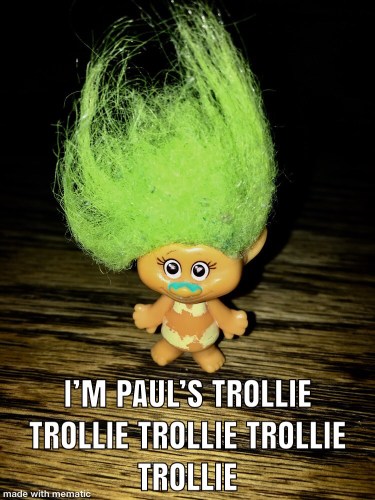