Huge news for South Main: The Downtown Little Italy location is now open. It’s on G.E. Patterson in the building across from Cheesecake Corner that used to be Scoops gelato parlor, and that was the original location of Rizzo’s years ago. The neighborhood will welcome their outstanding Italian menu, I am sure.

When you get done dining, cross the street and try a limited edition chocolate-covered strawberry slush at Max’s Sports Bar.

Come in and try one of our limited edition “chocolate covered strawberry” slushes. You don’t want to miss this one! pic.twitter.com/OvWvhRa7aq

The Grizzlies made some major moves yesterday. In case you missed it:

Bluefin has moved their truck stop chicken operation from their side bar to their main bar. 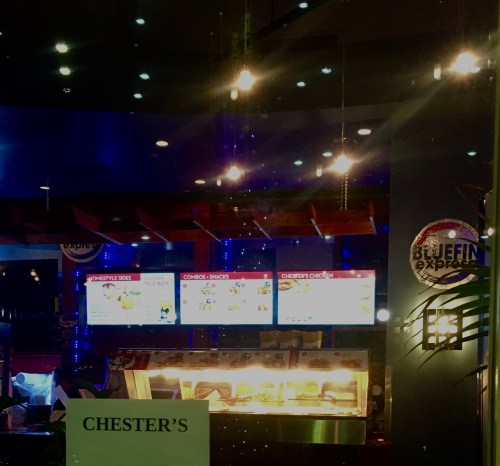 So yeah, when you walk into this swanky Asian fusion restaurant, you’ll be tempted to ask, “Can I get a two-piece dark meat with mashed potatoes and $25 regular on pump number 3?” I notice they’ve re-branded as Bluefin Express, so perhaps they are turning their focus to to-go food. If they stay open late night, like 1 AM or later on weekdays and 3 AM on weekends, this could conceivably work.

Pat Harrington and Aubrey McCrady play The Lounge in the downstairs of 3rd & Court Diner Saturday night as part of the Yazoo concert series. They’ll have a 2 for $6 Yazoo beer special and cocktail specials too.

As your #1 source of news and information about The Edge District, it’s my pleasure to report that Mo’s Bows, the bowtie business owned by young entrepreneur Moziah Bridges, has a pop-up location at BOXLOT, the shopping center made of shipping containers, at 607 Monroe through mid-month.

The MemphisWeather.net forecast has a chance of light rain or snow this afternoon, converting over to snow this evening. Minor accumulation is possible. Reminder: $2 Fireball shots at Bardog Tavern when it is snowing.

Early voting in the Tennessee presidential primary starts February 12. Here are a list of locations. The Downtown location is the Shelby County Election Commission at 157 Poplar. Note that the Election Commission is open 9-5 weekdays, whereas most other locations are open 11 to 7. You can early vote at any location, whereas if you vote on Super Tuesday you must do it at your assigned precinct.

Dylan Seo of the Sixth will team up with Bar Hustle’s lead bartender, Pablo Mata, and beverage director, Erik Hmiel, Saturday evening to offer 8 retro cocktails from the ’70s, ’80s, and ’90s in an event called Retro Drinks Reimagined at Bar Hustle in the first floor of the new Arrive Hotel.

The annual TEP Gumbo Contest happens at the Pipkin Building at the Fairgrounds Sunday from 4:30 to 7 PM. Come taste some of the best gumbo in Memphis while supporting equality for all.

Kemmons Wilson Companies has bought the old Spaghetti Warehouse building and is rumored to put its offices there, the Daily Memphian reports. Nothing wrong with offices but that would have been a great space for a grocery store.

It’s Take Your Dog to Trivia Night at Memphis Made Brewing Co. In addition to the usual prizes, Hollywood Feed will have prizes for the top teams that include a dog.

It makes me sick that Rush Limbaugh got awarded the Presidential Medal of Freedom Tuesday night. Here’s a look at the 10 most racist things Rush has said on his radio show. Rush was the beginning of the mindset that it’s okay to be openly racist, as well as misogynistic and homophobic.

It’s one of those days when I have more news than I have time. The rest is not particularly time-sensitive, so I will roll it over to tomorrow. See you then.