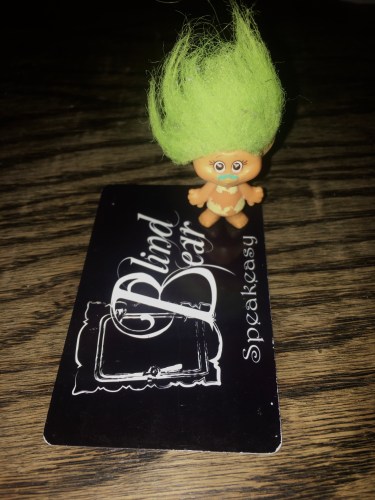 Despite not knowing much about fairy tales, team “Dos Equis keeps it interesante, but Corona takes it viral” made it into the gift card payout.

51 S. Main, most recently the home of the late Chef Gary Williams’ restaurant DeJaVu, will once again be a Cajun restaurant. Tony Westmoreland and his restaurant group will open Ben-Yay’s in the spot in early March, the MBJ reports. They’re planning traditional dishes, a coffee bar, and a “scoop and serve” at lunch. I think the scoop and serve will do really well with former customers of the now-closed Court House Deli a block away. I will be a frequent customer.

The state says 201 Poplar needs to be repaired or replaced. Well that sounds expensive. Many parts of the building are said to be difficult to maintain or replace.

The Broom Closet will have a class on using technology to manifest Saturday from 2 to 4. Rev. Omma will discuss the ways we can use modern technology to further our magick. There is a $10 “energy exchange” for this event, to be held in the downstairs of the store.

The Downtown Memphis Commisson’s monthly Downtown Safety Meeting is tonight at the Moxy Hotel, to the west of Court Square, from 6 to 7 PM. If you have safety concerns, this is your chance to have them heard.

Tonight is the first night of the Memphis Songwriters Series, hosted by Mark Edgar Stuart, at the Halloran Centre. Tonight’s artists include Bailey Bigger, Chris Milam, and Abbye West Pates. Minimum $5 donation to get in. Show starts at 7 PM.

Candacy Taylor, author of Overground Railroad, an exploration of The Green Book that pointed black travelers to safe road stops back in the Jim Crow era, will speak at the National Civil Rights Museum tonight at 6. Read her interview with the Daily Memphian

That’s it for now. Back tomorrow.