Below is the scene of a multiple-car accident and officer-involved shooting at Goodman Road and Interstate Blvd. in Horn Lake.

#MEMPHIS #MISSISSIPPI – Crime scene techs are continuing to investigate this police situation/crash on Goodman Rd at Interstate Blvd. I expect the stretch between 51 and 55 to remain closed for a while. pic.twitter.com/nt7gwhNtXz

When I worked in Horn Lake, I would turn left from Goodman onto south-bound Interstate Blvd. around 7:55-8:00 in the morning. I’m glad to see my former co-workers are working from home and were therefore not tied up in this. Apparently the cement truck driver crashed on purpose and yelled something about wanting to kill people.

It’s #NationalBurritoDay, and we’re celebrating BIG time. Call 901-275-8752 to place your order, and we’ll bring it out to the curb when you’re here. 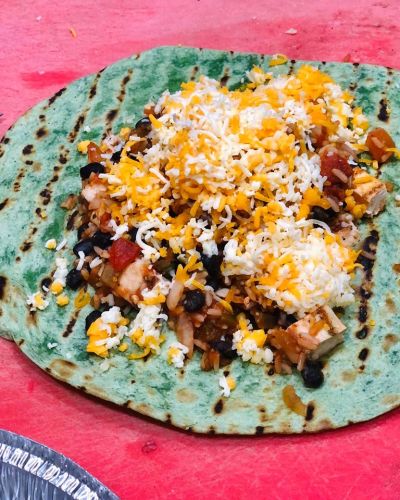 From the Memphis Flyer: Bring your favorite bar home during the quarantine

This pandemic isn’t slowing some local businesses down. This week Memphis Made Brewing Co. announced an expansion into North Mississippi, having signed a deal with Clark Distributing Co. to carry their products in the following counties: Desoto, Tunica, Tate, Marshall, Panola, Lafayette, Yalobusha, Quitman, Tallahatchie, Bolivar, Coahoma, Sunflower, Washington, Benton, Tippah, Union, Alcorn, Tishomingo, Prentiss, Itawamba, Lee, Pontotoc, Chickasaw, Choctaw, Calhoun, Webster, Oktibbeha, Monroe, Lowndes, and Clay. North MS readers, keep a lookout for these fine Memphis beers on your shelves. Those of you who are local to Memphis, don’t forget that the tap room is open 4-7 every day for your carry-out needs.

Almost all issues of civil rights publication Freedomways (1961-1985) have been digitized and are available for reading online.

You can get a misdemeanor citation for defying the stay-at-home order.

From Sports Illustrated: Las Vegas could be the key to salvaging the NBA playoffs

I got to watch an episode of AEW (All Elite Wrestling, a new U.S.-based promotion) from start to finish last night, and quite honestly it was much better than the episode of WWE Monday Night RAW I watched two days earlier.

In a word….The Infinite Hog Horde That Encircles America. pic.twitter.com/eXAkHstgKZ

Everyone else on Facebook is playing, so I guess I will too. The Unpopular Opinion Game: 10 things everybody else likes that I don’t:

That’s it for this post. Possibly a third one coming later today.