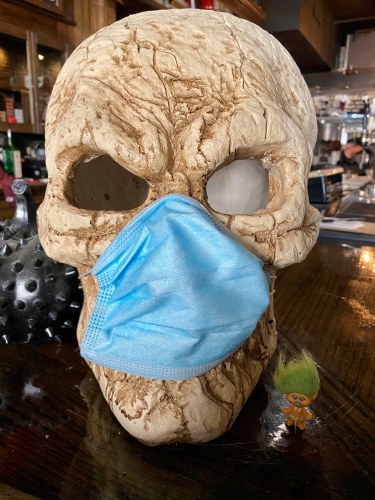 Even the Halloween decorations at Bardog Tavern wear PPE

Three cheers to the Memphis Tigers, who made a comeback against the foe that has given them trouble like no other, UCF. The Tigers, down by 21 in the third quarter, came back for a 50-49 win, the first against Central Florida since 1990.

On the other end of the state, the Tennessee Vols lost to Kentucky at home for the first time since 1984. The 34-7 loss was embarrassing even by UT standards, and the program is three years removed from Butch Jones so his recruiting can’t take much of the blame. The University of Tennessee should voluntarily step down to the Sun Belt Conference so an institution with competent leadership can take its place in the SEC.

The Daily Memphian reports that South City developers have given up trying to recruit a grocery store to that neighborhood. The challenges of serving that community and the Downtown community at the same time are said to be too much for grocery chains to be willing to tackle. The incentive money that was included in the South City project for a grocery will be redirected to other purposes.

Front Street will reopen tomorrow between Poplar and Jackson. That section of Front has been closed for a year, creating some major traffic snarls. Main Street will reopen in a week, much to the relief of Pinch District restaurants.

Here’s a link to James Aycock’s COVID week in review for Shelby County. He has concerns about the reclassification of schools in the latest health directive.

Ohio has flipped back to red in FiveThirtyEight’s election simulation. Trump is a 51/49 favorite there over Biden. Ohio has also flipped back to Trump in RealClearPolitics’ no toss-up states map of aggregated poll numbers.

Here’s a pic of a troll eating an Insomnia Cookie, and that’s all I’ve got for today. Back tomorrow with more news. 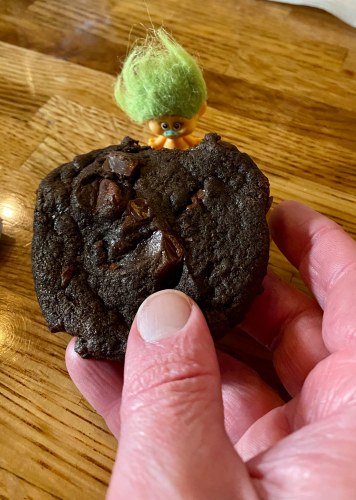